The world indoor 1500m record set by Jakob Ingebrigtsen at the World Athletics Indoor Tour Gold meeting in Lievin last month has been ratified.
Running 3:30.60 at the Meeting Hauts-de-France Pas-de-Calais on 17 February, Norway's Olympic champion took almost half a second off the previous record of 3:31.04 that had been run by Ethiopia's Samuel Tefera in Birmingham on 16 February 2019 (WORLD ATHLETICS) 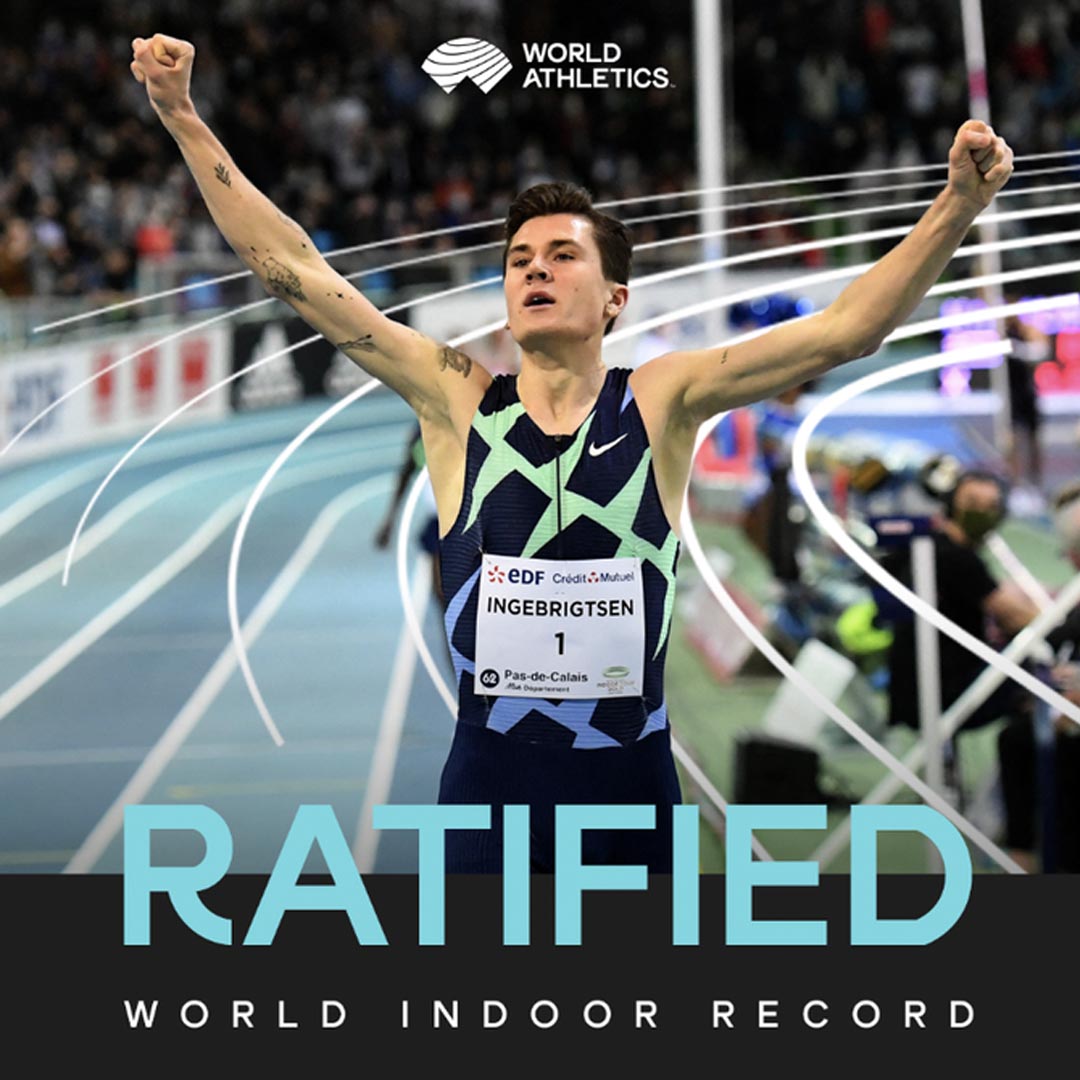