The men’s pole vault will almost look like déjà-vu of the finals from the Tokyo Olympic Games with seven of the Olympic finalists present in Liévin, and four who have already jumped over six meters.
The favorite for this competition will be the American Christopher Nielsen, silver medalist at the Olympic Game and who recently jumped 6.02 meters at the Perche d’Or competition in Tourcoing, France on February 5th.
But don’t count out his competition! Thiago Braz of Brazil, who was the Olympic Champion in Rio in 2016 and 3rd at the Olympics Games in Tokyo.
His personal best stands at 6.03 meters and the Brazilian is known for always showing up when the competition heats up.
Piotr Lisek is always a fan favorite of this event: The Polish jumper has a handful of accomplishments throughout his years of competition (Silver Medalist of the world Championships 2017, European Indoor Champion 2017, Silver Medalist European Championships 2019, 3rd at the European Championships in 2015 and 2021, and 3rd at the World Championships in 2016 and 2018. Lisek has already jumped 6 meters indoor and 6.02 outdoor. 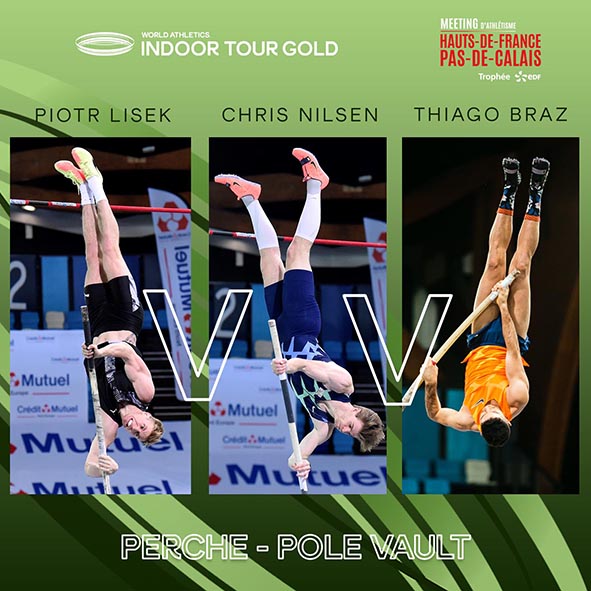